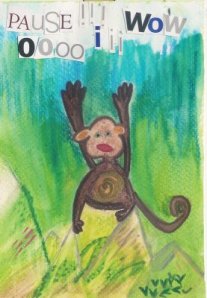 How often do you pause and celebrate your accomplishments?

Or do you just run on to the next thing? How were celebrations, milestones, events marked in your family?

Our host lived near this river. We did final check-in preparations for the training on the river bank one day

In October 2012 I had just finished an amazing (for me, my co-facilitator and I believe for the participants too) a 4-day course, 7-day stay in Seoul, South Korea.

World Without War had invited me and a War Resisters’ International colleague to run a training of trainers (ToT) course with activists mainly involved in a campaign to stop the building of a naval base on Cheju-do along with strategic allies from faith, womens rights, LGBTQ rights, Palestian Liberation, conscientious objectors groups and others. They met us at the airport, hosted us, guided us about, faciltated the relationship-building before the event and organised the training. They had spent the previous year meeting in a monthly study group. Their main content was the WRI handbook for nonviolent campaigns, which they also translated to Korean, and they kept up their usual action events and regular meetings. Our training culminated one project and contributed to others.

I was high. It had gone well. I had learned so much. When I lived in Japan years

We had an amazing intrepreting team

before, I visited South Korea 5 times. As a tourist. Working with South Korean d-i-y grassroots activists was different, eye-opening, refreshing, challenging, and lots of fun.

Then with a blink of the eye I was in Japan. Good bye new friends, hello old friends.

My first stop was Kagoshima, my Japanese homeland. This is where I had lived my first two years in Japan. And like those places off the beaten track can do, the people and place have lodged deep in my heart. Sigh. And smile. A home-coming. 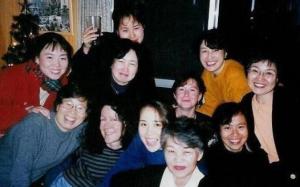 WomenSpeak, a women’s rights study group I belonged to, end of year social 1999

Now I was on the shinkansen, travelling at 320 kilometres per hour toward Kyotango, on the Japan sea side. A new adventure. In Kyoto I changed to an express train and 2 1/2 hours later I was almost there. A 45-minute car journey from the train station in the bigger town, and then finally there. A region I had never visited during my 8-year residency in Japan. A traditional and relatively untouched area of Japan. Hot springs both for tourists and the locals. Wilderness. There are still bears there. I was to see an old, yet newish friend. Someone from ‘London days’ who has given up

My friend with her host

academic work (for now at least) and is giving herself to local, sustainable agriculture. First she apprenticed with a family and did reporting to a community organisation facilitating urban to rural migration, and then has just stayed on. Farming. Her hosts have provided her with some land to work.

I was reading a book, ‘Personal leadership: Making a world of difference: A methodology and two principles and six practices’. 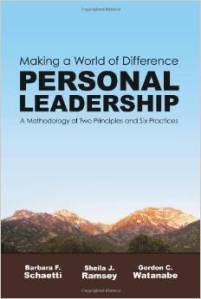 Sit quietly and bring an experience to mind when you felt you were performing your highest and best. Re-live it. Remember the setting the sounds, feelings, smells, all the memories that come to mind, and then …

… think about confronting a new, unexpected, (un)pleasant, (un)comfortable situation. What in the experience/memory of doing your best and highest would help you? What do you need to alter to help move beyond long-established habits or beliefs that limit you? Or aren’t really helpful?

In my case, perhaps not suprising given the passing landscape and the challenging yet successful, recent training course in Seoul and the stack of work and activities awaiting me once I was home, I imagined and felt myself climbing in the dark up a steep mountain. Step, step, step. It was a slog. I felt sweaty and warm. I felt tired from the physical exertion and the mental concentration nagivating my way up the mountain in the dark. Step. Step. Step. Umph. Wham. Air. Earth. The top. Sigh. I’m here. At my highest and best.

Feet firmly on the top of the mountain

The summit. Heavy sigh. I had made it. I sat on a boulder to rest. Hard. Rock-hard. Firm. Cool. My troussers were a thin, light material. I could feel the uneven surface of the boulder. I focused on my breathing. Now that I wasn’t moving, I noticed the warmth leaving me, and a clammy chill beginning to fill me. Also as my mind and body rested, my vision cleared. I noticed the ‘goal posts’ of these future activities flapping in the distance representing the things I had to do once this trip was over.

It was then that I realised that I don’t spend enough time just being. Living in the now. Being mindful of the moment. Enjoying success, now. Feeling my highest and my best. I swiftly had moved from the hard slog up the mountain to setting my sights on what next?

Why might that be? A question occured to me:  Was I afraid of success? Was it easier to focus on the next task, rather than assess my feelings and absorb now? Do I know how to feel? What do I feel?

I was born in the year of the monkey (self-portrait)

It was then that I decided what I needed to alter from this picture was ‘the next thing’. I need to take pause and enjoy success when it comes my way.

My default habit is to immediately move on. I abandon the good energy of the moment to tangle myself up with thoughts about the future.

I had an a-ha moment about a simple, weightless, spare tool in my mindfulness tool kit. Notice ‘now’, and harvest, reflect, relish and use personal victories to help me overcome (future) challenges.

Feel my personal power. That’s inner power. Power within. I drew the mountains with goal posts and monkey pictures to remind me of that.

What about you? What do you remember (in all body senses) about a time when you were performing to your highest and best? How can you use that to celebrate and help you through whatever challenge you face next?

One thought on “run”