Today is Ian’s birthday. He was born some years ago today about 10pm.

I met him in September 2000 … and we become colleagues and friends working with Witness for Peace.  Eventually we also became the dynamic duo we are today!

Yuji, our lead vocalist and guitar in the blues jams

Ian is my jazz man, the love and light of my life.

A talented musician with a wide range of music tastes ranging from afro-beat and jazz to (Western) classical. One of my fondest memories of our life in Mexico was the informal ‘concerts’ (tocacads) we held at home. Everyone would bring along an instrument and we’d make the music up as we went along.

One wish I have for him on his birthday is that this next year he has more time for his music.

a wish for more music

It is one of his passions, and he’s really good! One of our neighbours once asked me whether it was Ian practicing or a CD? It was Ian …

birthday memories over the years

2011 birthday with Mexican friends in London, sadly no music … but a good time 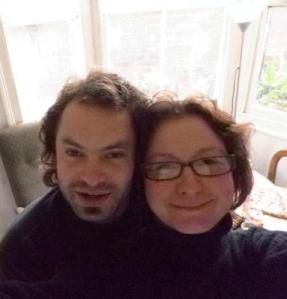 2010 hurrah we’re moving from the cute but damp and mouldy (ick!) little flat in Central Hackney

OK, so the truth’s out. We are married, Tunisian make-believe-style (2009) 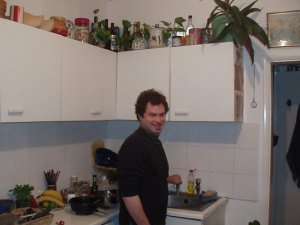 What a guy! Washing up on his own birthday 2008 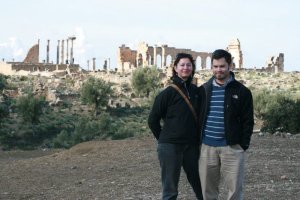 2006 bbbrrrr! One year in England after six years in Mexico and still not accustomed to the climate

and we were warmly received by friends …

2004 we cycled from Merida to Tulum (eight days journey), this is in the Tabasco bus station on our way to Merida 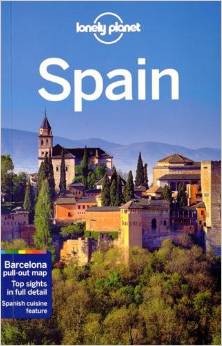 And memories of the 2014 birthday are yet to be made. But we recently bought a Lonely Planet guidebook to Spain, so a future birthday celebration may be there. But until then … it’s another birthday in chilly London-town, bbbbbrrrrr!

One day, a birthday in Spain? Why not? Embrace uncertainty!

my birthday in Barcelona 2012