a few of my favourite things

Nearly three weeks ago I moved from London, England to Valencia, Spain.

Doing this as I do, on a shoestring budget yet with the enormous privilege of simply making that choice and going, means unburdening myself of nearly all of my household and personal belongings. But there are a handful of things that are the exception. One of them is this kitchen witch, a handicraft made by a woman in a Chilean human rights group. Like the Mothers of the Plaza de Mayo in Argentina, this group bravely organised for truth and justice regarding the whereabouts of family members forcibly disappeared during Pinochet’s dictatorship. They also made and sold arpilleras and other handicrafts (like my kitchen witch) to fund their activities.

In 1989 I spent 6 months in Santiago, Chile volunteering with a human rights project, doing academic work (a sociology course about dictatorships and research about youth participation in politics), and having fun and learning about life. I was 20.

from unsteady to steady

This is the fifth sort of BIG international move I’ve made after that visit to Chile, and since finishing university in December 1989.

I am re-learning what a challenging and heart-wrenching experience moving countries can be. Amongst my feelings however there is also a confidence and certainty that eventually the sadness of leaving behind friends, work I loved and a known routine will eventually evolve into an exciting, up-lifting and incredible life-change with new shoots of personal growth. 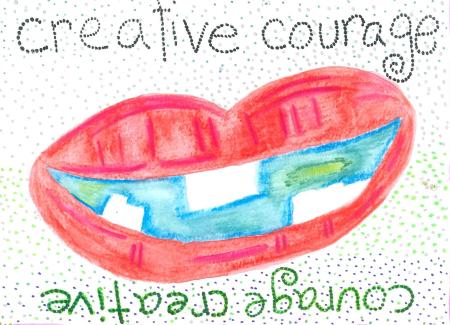 Little treasures like the kitchen witch are visual reminders that one day with a bit of time, I’ll wake up to the satisfying fact that once again I have re-created a comfy and welcoming place I call home, visited by new (and old) friends, and I’ll have work and networks of community activities that engage and inspire me.

human rights then and now

Another thing the kitchen witch makes me think about is my understanding of human rights and what the concept meant to me then, and the doubts I have now. Let me be clear:  I still see human rights frameworks as useful tools and the embodiment of essential universal values, but my faith in governments, especially those in the Global North, to respect and uphold human rights has fallen over the years.

human rights and the political and business elite

In the 1980s, it seemed to me, that ‘human rights’ had leverage and carried some clout. Working with others to end Apartheid in South Africa, the US’s involvement in the wars in Central America, and Pinochet’s rule in Chile, I remember human rights were key tools we used in these campaigns.

Fast forward to my journey from London to Valencia. I travelled by car and ferry to Calais, France and then took trains the rest of the way. Leaving the ferry port in Calais, the car soon passed the Calais ‘Jungle’ migrant and refugee camp. While there has been a camp (and now camps) in and near Calais since 2002, the recent refugee crisis has expanded the numbers living there, and pushed the ‘Jungle’ into the headlines. Some residents of the ‘Jungle’ are forced economic migrants, others are recent arrivals fleeing conflict and violence in their home countries and seek asylum, but they are also fearful of The System.

While the UK sits by indifferently and largely ignores the situation, the French authorities either perpetuate violence within the camp, or condone it. The day after I passed the camp, a church in the camp was bulldozed, and it is expected that by the beginning of March the whole camp while be destroyed by the authorities.

Friends and colleagues have visited and report that while the conditions are desperate and inhumane, the solidarity in action demonstrated by organised groups of ordinary citizens is heart-lifting. Less so the response from French and British governments, who just don’t seem to ‘get it’: if you wage war somewhere and make life unbearable for ordinary people, they are going to leave and seek safe haven somewhere else. And today that’s Europe, and sadly the dominant political and business class are ignoring human rights because that’s not convenient for them.

I still believe in human rights, but I believe less and less that the governments of the Global North really much care about human rights. If they did, the response to the current refugee 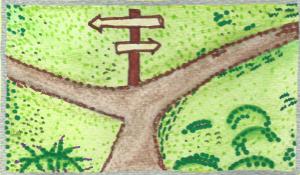 business as usual or collective well-being

crisis in Calais and other parts of Europe (as a first start) would be different. Instead, it’s business as usual and the interest of elites trump collective well-being.

In the past ‘human rights’ were conveniently dressed up as a way to wage democracy against communism, or any other ‘us versus them’ dynamic the ruling and business elite wish to create to further their interests. The current human rights model, as it’s being played out in Europe, prioritises individual rights particularly the right to private property over the collective social and economic rights of everyone in the community.

I am outraged over this situation, and while it makes me feel hopeless about the official response, the people-to-people solidarity fills me with hope. The Universal Declaration of Human Rights was born out people’s struggle to resist fascism, poverty and inequality and the elite dictating the conditions and social stations of ordinary citizens. My hope is that solidarity and freedom of the people will win over the elite’s cagey arguments about ‘security’ in this struggle, and when the people win, we’ll have security for all and not just some.

In addition to the links embedded in the post …

They dance alone – a 1987 song by Sting referring to Chilean women who dance the Cueca, the national dance of Chile, alone with photographs of their disappeared loved ones.

Time for outrage! a best-selling little pamphlet by Stephane Hessel, a contributing author to the Universal Declaration of Human Rights, among other outstanding achievements. Watch (19 minutes) this impressive and up-lifting interview with the 94-year old author and the exploration between his booklet and popular up-risings across the world in 2010 and 2011.

There’s lots of good people-to-people solidarity responses out there but I highlight this one, Birds Crossing Borders,  an art and relationship-building project by a group I admire, deep:black.