It’s the end of one year and the beginning of another. A time for assessing what worked well, what might benefit from being done different and making a plan! Then going forth and seeing what happens until the next time for evaluation. 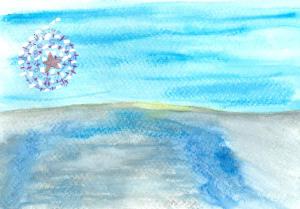 change on the horizon

dreams are a form of planning

In some ways, it’s been a great year. I realised my dream of moving to Valencia, Spain. I have been offered the wonderful opportunity of collaborating more with Ecodharma Centre in Catalonia. I have met some nice people here in my new home city, and discovered great projects to get involved with.

It’s also been an ordinary year. Oscar the dog continues to age, and so do I. I am grateful to his slowing down because it helps me to remember I need to do that too! In my 40s now, it takes me longer to recuperate from the adventures my life brings me.

I am an expert in form-filling in

While the paperwork to settle here has been the usual tangle of forms and visits to this office and that one, I am also grateful for the privilege of freedom of movement. It should be an ordinary right extended to everyone, and not just some from certain countries with a particular economic status.

And lost. This wasn’t a year of my best performance, or living up to my own ideals. I often felt lost in a maze, with too many choices of where to go and what to do.

During a December solstice conversation one friend remarked on my reflections of the past year and moving forward plan that “You’ve have set yourself some important goals, some more achievable than others perhaps, but all worth striving for. BUT, not all at once.” 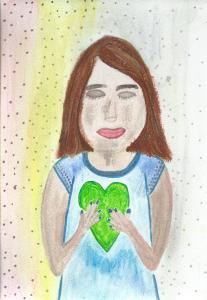 It’s incredible (yet simple and I know this, but it still surprises me) how someone else saying something I know in my heart but my head hasn’t yet taken in can shift my thinking. One thing that conversation rose to the conscious level was this last year I have been using the same life/work patterns I had in London, which  worked then, but are not appropriate for my current situation. That pattern is to juggle as much as I can, while also being OK when I drop some balls. In London, I could blame it on the demands of “paid” work, and “oh well, somethings just have to slide.” But now, I am in control over how I organise my time, where I put my energy. And I have lost that thread sometimes.

the little Zapatista book, out in 2018

When I moved here, the main project I had in mind was to work on a little guide book about the Zapatistas in Mexico. Its working title is “The A to Z of the Zapatista, a guide to building the alternative” and I still feel motivated to write the book, but my productivity has not been what I expected this year.

I have given much more time than I anticipated to the Ecodharma project, and one, I think that’s because I am also very excited about that project and believe in it. And two, it’s easier than writing a book. Or at least it feels that way now. I know about building new training collectives, developing and running courses. It’s familiar, it’s fun, and it’s also important work. But I need to let go a bit to make space for the book project.

letting go and digging in

In fact, I want to let go of a lot of things and start new. New year. New city. New life. New everything, take 2, and action!

In February I arrived here exhausted and happy, but also emotionally worn out. It’s hard leaving behind an established life, to start new, yet I’ve done it before, and never with disappointment. In fact, the moves have always been overwhelmingly positive, but nearly a year on, I still don’t feel part of my new community, I don’t feel established. I don’t know if it’s an ordinary matter of aging, and with each move I’m giving up more and more, or if with time this unsettledness will fade. Honestly though I’m counting on the latter.

One thing I’ve decided during this solstice period is to put this blog in “sleep mode” for the time being and see what happens. Putting the blog in sleep mode doesn’t mean I’m giving it up, though it might eventually, but I’ll burn that bridge after I cross it.

we are all like an iceberg, so much more than we really reveal

I started this blog because it was a scary notion and a challenge putting my art work out there, and sharing personal thoughts with whoever reads. I started this blog to go below the surface of the person I present to the world to see what is there. And I’ve done that, and some of those challenges are still present, but not in the same way, and I don’t find the blog serving me in the same way as in the past. So now is a good time to set it aside, making room for new things. 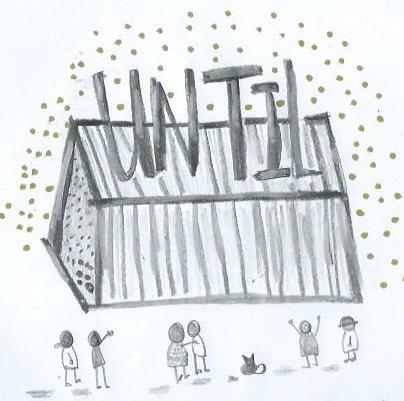 until we see each other again …

So until next time, that’s all for now. Best wishes, and if you want to know what’s new with me, send an email, leave a comment or better yet, come visit!

One thought on “until”