one year on in Valencia, Spain

So it’s one year now we’ve lived in Valencia.

In fact, it’s falles time again. This post is from this time last year, and I was wrong. We are here this year, and not because we love falles. No, just our typical chaos and lack of planning.

But it is OK, and honestly, the falles are is still sufficiently exotic to be an interesting experience. And best yet:  town hall has ordered a limit on the hours of the firecrackers. So amazingly, but true, I wouldn’t believe it if I hadn’t lived the difference, this year is quieter.

Even though my feelings about firecrackers hasn’t changed since last year, my understanding of falles has deepened, and I can appreciate some aspects of the festival.

Likewise, my understanding of how Valencia’s landscape narrates 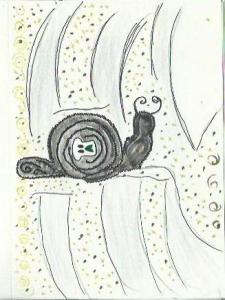 the stories of its calendars and geographies (or one version of it anyhow) is also deepening.

I am coming to appreciate how Valencia embodies the typical, late 20th century tale of corruption and dispossession, in pursuit of development in terms of industrial growth, as well as citizens’ movements which push back, and propose alternatives. To put it in simple “us versus them” terms anyhow.

But I’m getting ahead of myself here. First, let’s scope the lay of the land.

our struggle, the struggle of those below in general, depends on resistance; on not giving up, not selling out, not giving in

One year on, and so, how am I finding it?

In general, I like it. I like the landscape, the geography. I go nearly everywhere by bicycle, and I have moments when my heart simply feels full with joy because of my surroundings. I take that as a good sign. I am home again.

a river, now a park

Curving through the centre of this hodge-podge city, is the former  Turia River, now an 9-kilometre urban park, a delight for Valencia’s residents and visitors and result of hard-won citizen battle.

After centuries of periodic and tragic flooding, the Government decided, after the 1957 flood, to divert the river. They would have preferred to have built a road in the former riverbed, but residents fought and won one of Spain’s largest urban parks, the “Jardines del Turia”. It runs from Cabecera Park in the north, past Cuitat Fallera (where the falles are built year round by collectives of artists), to the City of Arts and Sciences, in the south, near where I live. It is, again today, a lovely space but also with stories of complications, like coming in three times over budget and design flaws like no wheelchair access. 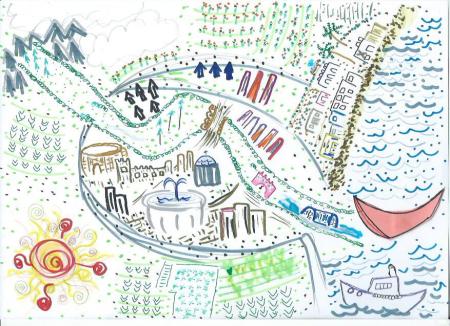 This way the landscape is crafted makes me think of the world found in Simon in the land of chalk drawings. On one side of the road is proper city sprawl, and on the other, an assortment of cultivated fields, l’horta, topped and tailed with the mountains and the sea.

It is a lovely city,  but also it is a “city” because the agricultural land surrounding Valencia (l’horta) has been taken for urban development. And before l’horta was farmland it must have forested, which now there is very little of, and which I have noticed I miss greatly. But in many other ways the city is fabulous.

Many people, in their different ways, have a strong connection to Valencia’s unique calender and geography, for instance, the local language, Valencian, is a source of pride and many people are bilingual.

Citizens also came together in the 1970s to stop the development of nearby beach village, El Saler.

The hot spot for gentrification and development now is the fisherfolk’s village, now neighbourhood, El Cabanyal, and there are people organising there who won’t easily abandon the calendar and geography.