Travel. Going and meeting new people in new places and finding out what is going on there is something that has shaped my life. Returning to visit again is enormously touching and important too.

However until the pandemic improves I don’t plan on traveling very far from home.

Recently friends invited me, to Catalonia and another set of friends to Galicia, and (I can’t believe I’m saying this) while I haven’t entirely ruled out going, I am leaning towards not. There’s some time yet, so I will watch the public health situation, but it will have to have improved before I will feel more confident about travel.

So until I can travel again, I am only taking trips down memory lane.

The first big life changing trip I took was to Colombia, at the age of 16 to take part in the Rotary Club International study abroad program, so let’s start there.

August 18, 1983 I flew from La Guardia, New York to Bogota, Colombia. It was a landmark day for me, the first time I left the United States. I say I will always remember the date, who knows really, but up until now I have and it’s a date I feel a particular fondness for. Like my own personal anniversary to responding to life’s “call to adventure”, to borrow a phrase from the mythologist Joseph Campbell. 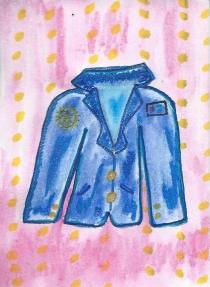 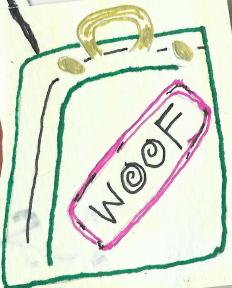 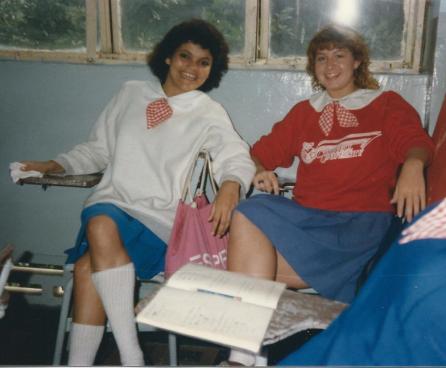 Adventure and my year in Colombia, there’s so much I could say, but I’m going to shape my thoughts by answering one simple question: What sticks out for me now, some thirty years later and after having lived in several foreign countries about that trip?

The Travel Bug. I was bit by the travel bug in such a fierce way that it has taken about thirty years for the effect to wear off.

That point was obvious. And then I felt stumped. It was all so long ago, but I thought about it a while, and here’s what I have come up with.

Spanish. It made me laugh out loud when I realized after about a week thinking about this that learning Spanish hadn’t even crossed my mind. At one time it was certainly a big deal. I borrowed a Spanish textbook and audio tapes from the library that summer, so my starting point was not completely zero, but nearly.

I lived with three different families during my year in Villavicencio, Colombia. Like all families they had their own idiosyncratic family culture and norms. I was aware of this before going. I grew up in an extended family where there was lots of visiting and staying the nights with grandparents, aunts, uncles, cousins, and then of course sleep-over parties with friends. I knew different families operated differently. 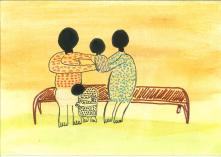 I felt welcomed and was happy in all three families’ homes. At the time and still now, I appreciate that I changed families. It gave me intimate experience with three very different families. I remember feeling happiest with the last family, but years on, I wonder if that was a result of being more culturally adapted.

It was the little things that surprised me, that now I understand as differences between a collectivist, relationship-oriented culture and an individualist, get-the-job-done culture.

greeting, meeting and hanging around

Whenever anyone from the family, including me, went out or came home, we always sought out someone at home to say good bye/hello and chat briefly or at length. Also a frequent question was “¿me acompañas a … ?” Would you come with to … the corner shop, the dentist, visit grandma? I can’t say this was true for everyone, but the teenage girls that were my friends, hardly ever did anything alone. It was probably partly cultural and practical. It was a way to get permission to leave the house.

At meal time too, we all sat down to eat, and even after the meal was over, we remained around table and the conversation lingered on.

In my family in the US, we sat down to eat meals together too, but normally and compared to Colombian habits, it was about eating, cleaning up and moving on to whatever was the next. 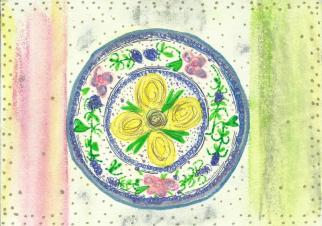 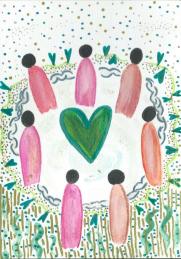 Also as a teenager at home who, about one-third of the time when I went out, was up to no good, I tried to keep my movements and whereabouts as low-key as possible with my parents.

In contrast, in Colombia, there was the leaving and returning rituals where I reported on my comings and goings. And nothing that I did, one of the few foreigners and the only teenage exchange student in town, was done discretely or anonymously. I know for many people “gringa” or “gringo” is an insult, but at that time, it simply felt like my nickname. 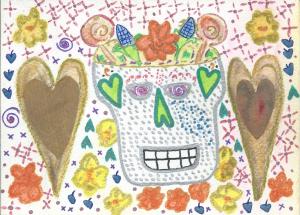 While I had a lot in common with my hosts, there were also lots of differences. I’m sure some I found annoying or inexplicable, but for the most part I remember being absolutely fascinated by discovering something different in every day familiar practices, like how people greeted each other, what we typically did on weekends, or where the family bought their food – in a market, little shops, a supermarket or direct from the farm.

This curiosity in the ordinary I attribute to father. Growing up, whenever I complained about not liking something, or I resisted taking part in some activity, my father expressed understanding but firmness by saying something like this:

“You have to go but there’s no rule that says you have to like it. Different strokes for different folks and if we all liked the same thing that one place would be very crowded and unpleasant.”

So that kind of became a “thing” of mine as a kid press-ganged into events and activities I didn’t fancy. Later my father would lead a forensic on the event: What had I liked? Hadn’t liked? What had I seen that was new, different? What was the same as always? And he reminded me that things are always changing, so look carefully. I used to think his intention was to punish me, or I wondered why was he so mean making me do things I didn’t like. Now, I think he was trying to teach me to have an open mind.

The year in Colombia was one of those where, knowingly and unknowingly, I probably learned more about myself than the place I was visiting. In a good sense, it changed me forever and prepared the ground for what would come next, which I’ll tell you more another day. Check back here soon.

Finding Joe – last century, through the study of human story-telling, mythologist Joseph Campbell discovered a pattern hidden in every story ever told, “the hero’s journey”. Link to documentary.