Numbers and Life: what counts?

What counts in life?

Rest in Power Howard Clark. Howard was the chair of an organisation that is dear to me, War Resisters’ 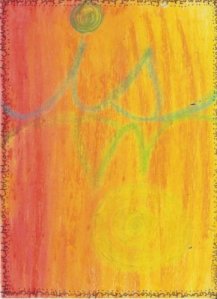 How to be or not to be in our lives is a question we rarely ask ourselves. So often we just think: we are this way or that, because that’s what we’ve been told and begin to believe about ourselves, and then tell others. But are we? And how can we change?

International. Yesterday in London Howard’s friends and family gathered to celebrate his life.

Yesterday was also my father’s birthday. He died 18 years ago. He would have been 84, he was 65 when he passed away. Too young. Like Howard, age 63.

The coincidence of the date got me to thinking:  what counts in life? How do we measure and mark our lives? OK, yes, our birth and death dates, our age and life’s rites of passages. For some it’s how much money we earn, the possessions we have, and how many children. Or none. Or being the quiet ‘one’ in the family. And our place of origin. Under of all this there’s layers of other stories. Stories that eventually become our lives. We re-tell these stories, some give us force and purpose, and others block our own growth.

The stories we tell form the basis of our reality 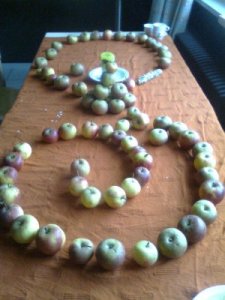 I spent a week with Howard and about 37 other activist trainers holding an exchange about strategy for grassroots groups in 2012 in Iepers, Belgium. It was a stimulating week, and the resulting work has been good, particularly the personal skills for strategy working group.

I first met Howard about 5 years ago at the 2009 launch of the WRI Handbook for Nonviolent Campaigns at Housman’s Book Shop. Our paths crossed several times afer that in places like actions, conferences, talks and trainings.  I am so sad about his death and I am grateful to have known him, though our friendship was brief. People working for social change world wide are richer for Howard’s contributions to the groups he was part of and his writing about how ordinary people use nonviolence for bringing about positive social change. Peace News, an important UK social change ‘instituion’ (in the best sense), has been republishing some of Howard’s early writings. There are two things that strike me about his articles I’ve read: one thing is about the clarity and integrity of the thinking behind these articles, and two, although the ones I’ve seen were written in the 1970s, the message resounds today.

What do those ‘in charge’ think? What’s your version of the ‘truth’?

In March this year I was preparing a vision and strategy workshop for a group of anti-nuclear power activists and I came across Howard’s 1978 article De-developing Nukes and I was struck by how much of what Howard had written was still true today. My initial reaction was one of despair, a feeling of ‘oh why do I bother doing this work? People working for justice never seem to get anywhere!’

But then with pause and reflection I can see that is no where near the truth. It may be what the prevailing culture would like us to think so we remain in a state of disempowerment and frustration with the System, and stay at home or go shopping rather than getting involved in building our communities and challenging the injustices that sadden, deplete and enrage us. But our numbers are forever growing and it’s because of legacies like Howard’s that social movements don’t have to constantly re-invent the wheel of change. 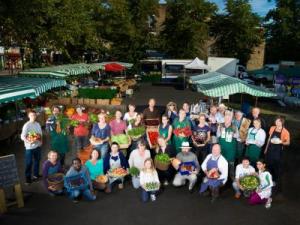 Growing Communities (GC) is a community supported agriculture scheme based in Hackney, North London. GC provides a real alternative to the current damaging food system. By harnessing the collective buying power of our community and directing it towards local, organic small producers GC demonstrates that a sustainable, local food system is possible. It’s here. We are doing it.

The last war in Iraq that began in 2003 left a feeling of dispair in many people. If millions of people marched world wide yet couldn’t stop the war, why bother? That version of the story leaves out the thousands (if not millions) of people who marched for the first time that day and then went on to become involved in anti-war or other groups working for social justice. Just like a baby usually crawls before walking, many concerned citizens go on marches and attend rallies before getting more deeply involved in working with others for what they believe in. So it wasn’t a failure. And I also believe it was the legacy of that 2003 march and the horrorific aftermath of the conflct that also pushed ordinary people to stand up to the super powers that wanted to wage another injust war against Syria earlier this year. And we won.

Learning and working and re-working what we’ve got 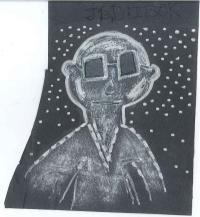 portrait of my father

My father and Howard would not have been friends. Ideologically they would not have sat close to each other, and I rebelled against my father in my teenage and young adult years. He was a conservative, macho man, who believed in the System and this created a gap in our lives that was never really reconciled before he died.

Creating our own life narrative

‘The river of life’ is a ‘get to know each other’ and trust-building tool I use when I work with groups. It’s a way of telling your life story through the metaphor of a river. I I encountered this tool 14 years ago when I first went to work with Witness for Peace, and have used it myself as a facilitator and been asked to use it as participant countless times since.

The river of life — how does it work?

People are given about 10 to 15 minutes to draw the story of our lives using the metaphor of a river. When were the fast flowing times? The parts when we were blocked by obstacles — was it a rock, a heap of rubbish? When did we slip down a waterfall, was it high and crashing or a small ripple over some rocks? Big and wide? Were there small calm pools? What or who is on the river bank? Distractions? Support? Are there any bridges? Boats?

When people are ready, form small groups or stay in the whole group and share the narrative of your river of life. Explain the images, words and goings on in the drawing. Give everyone the same amount of time. Share out the time-keeping responsibility with the group.

At first when asked to do this as a participant in groups, I noticed I usually told the same story, same plot, 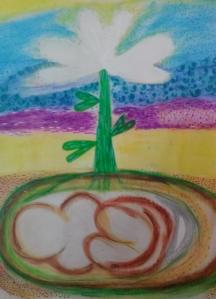 similar characters, events, etc. But at some point over the years, I began to approach the exercise differently. When asked to draw my river of life for the 5th time for instance, I decided to keep it interesting for me and to grow, I could try to add new dimensions to my story. Re-evaluate and see experiences through the eyes of others involved and re-consider the narrative I was about to draw. Is that still accurate, or are there other sides to the story which I can now appreciate? Or maybe it is the same. Is that how I really am, or how I’ve been told I am and thus now believe?

Approaching the exercise with fresh eyes has helped me to reconsider the narrative of the relationship with my father. While it’s true there were major battles, and it’s also true I was a major screw-up sometimes, though I might not have admitted it at the time. There was also a lot of learning, giving and growing moments too.

Want to change something? Call a meeting, make a plan, divide up the tasks and get started!

‘I am the black sheep of my family’ is one of those creation myths that I might tell myself and others. And while ‘ba ba’ and ‘woof’ are two of my favourite animal sounds, it is not entirely true. Like it or not, I have some things in common with my father and others in my family. Civic engagement, community service, volunteering and belief in the power of a group of people to do things together to acheive a goal. 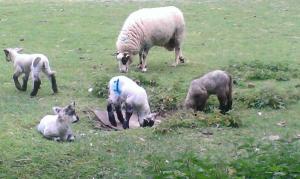 Ba ba is one of my favourite animal sounds. Sheep at Hackney City Farm, London.

While for my father this usually meant in service of the State, it is nonetheless service. Giving time, unpaid for what he believed was for the betterment of the community. And you know what? It was. Member of the school board, what in the UK we’d call ‘School Board of Governors’, local elected official, scout leader, that sort of stuff.

And while my work is essentially about building a new world, not giving my time and effort in service of propping up the State, I can appreciate that we need those basic services and roles in our present world. Change sometimes comes slow, but everything we do, including maintaining and reforming the State is part of that journey. I learned a lot from Howard about nonviolent social change, as well as a lot from my father about the basic tools of organising for change. Want to change something? Call a meeting, make a plan, divide up the tasks and get started!

2 thoughts on “numbers and life”